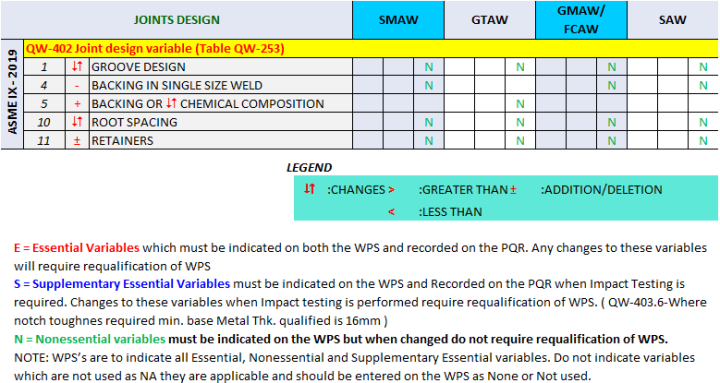 QW-402.5 The addition of a backing or a change in its nominal composition.

It is used when the EB insert – fusible backing, incorporated with weldment in GTAW.

Come back the definition of Nonessential: ASME IX has already given the Minimum Variables that must be considered. Nonessential variables normally will not affect the mechanical properties of a weldment.

There’s no guarantee, however, the nonessential variables will not affect the mechanical properties of a weld. Because ASME IX assumes that manufacturers have access to welding engineers as well as a metallurgist. ASME IX is not a “How to Weld” book, but be intended to be used by those who knows well on welding and are familiar with welding metallurgy.