Intensity (Density) of the Film from the Radiography Testing (RT) refers to the darkness of the RT film as measured by the amount of light that can penetrate RT film came to light that indicates that the Film with density is low, but if. Low light means that the film has a high density. 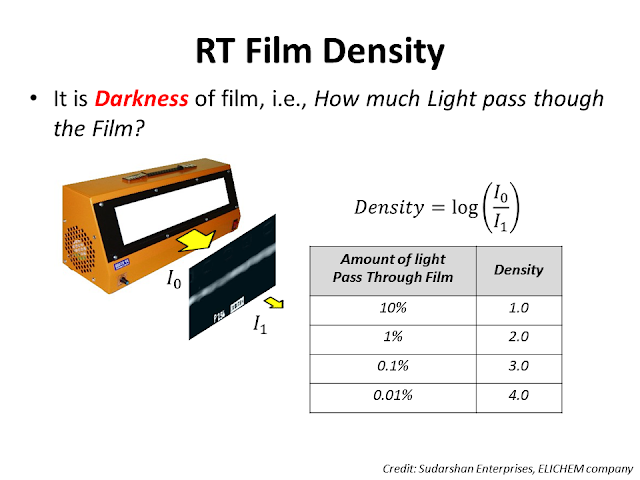 Measuring the intensity (Density) of the Film from the Radiography Testing (RT) can be achieved.

ASME Section V the RT film has to be dark (Density), and the difference of intensity as required so that it can be seen welding and Defect on Film is clear.

What is Sour Service in OIL & GAS?

What is Hot Induction Bends and Inspection guides.